Here a little overview about the set up of ZOTTO and the activities of the last 20 years. 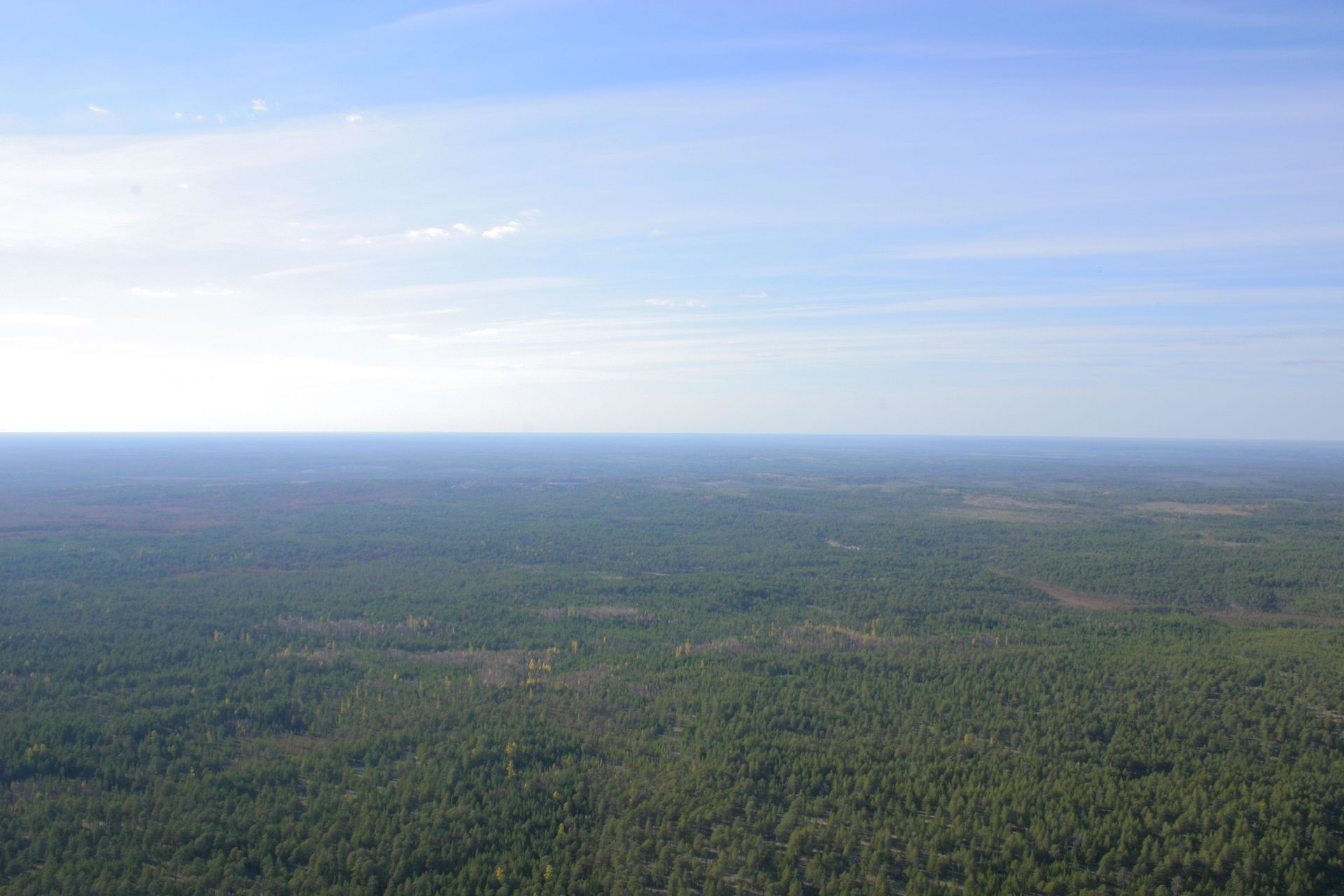 The village of Zotino, located at the central part of the Jennissey had been selected in 1996 as base for surface measurements because it is located at the boarder between East and West Siberian vegetation.
The surface based measurements indicated a major C-sink of the Siberian ecosystems.

Location of Zotino was chosen

Based on the successful operation of the 400m Wisconsin tower and the establishment of the EU-Chiotto tall tower project as part the CarboEurope cluster it became clear that a key region, where continuous atmospheric GHG-measurements were missing was the boreal region of Siberia.
In parallel to political negotiations, investigations were made about a possible location. The tower should be remote enough from industrial sources, it should not be affected by a large river, and it should oversee a typical fraction of the boreal forest in an area which has been shown to exhibit major temperature change in the past decades.

Based on this science history, Zottino was chosen as a region, and, in order to avoid the effects of the large river, the first rise following the river flood-plain (25 km west of the river) was chosen as ultimate location to house ZOTTO, the ZOtino Tall Tower Observatory 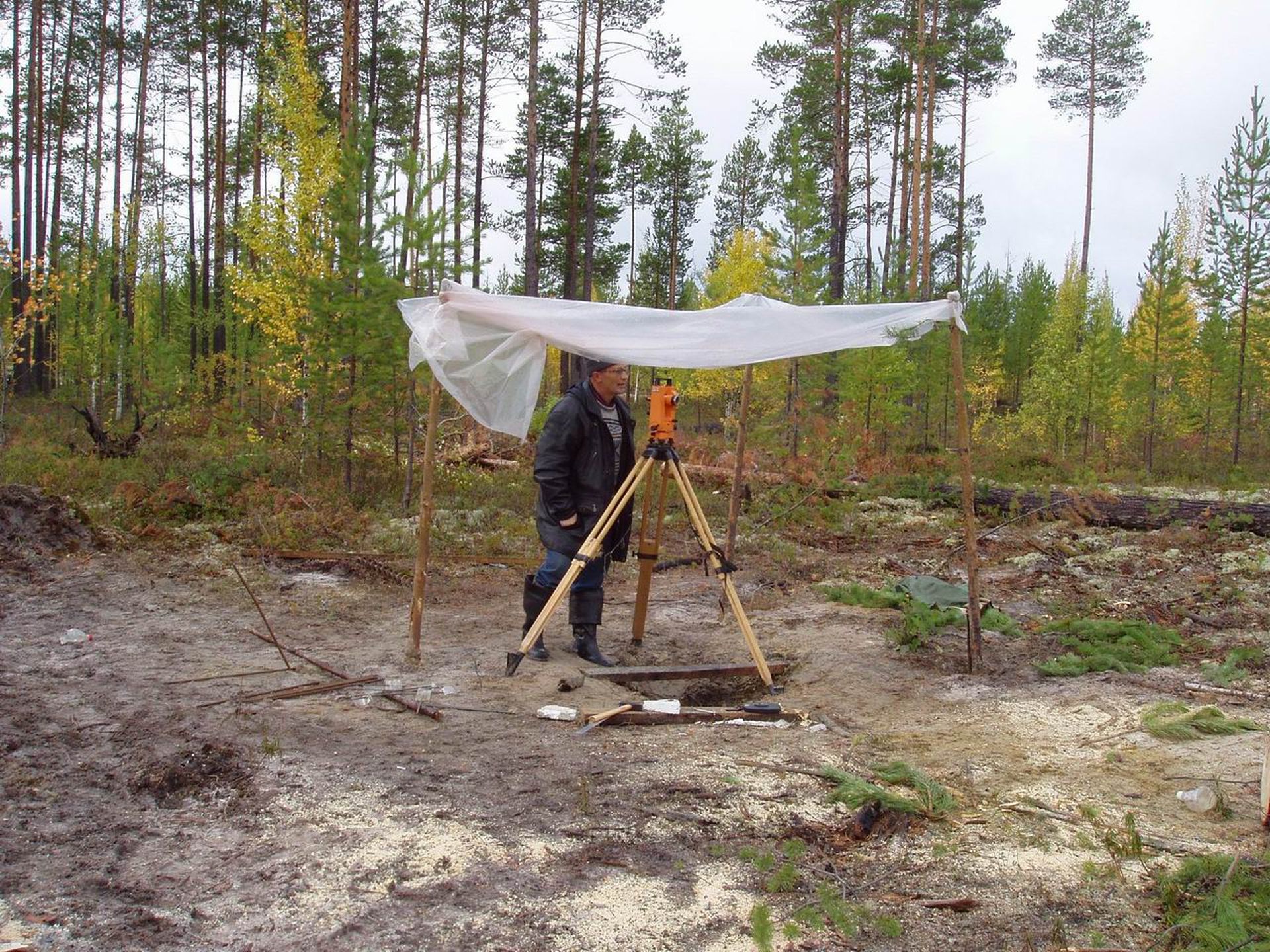 Having the federal Russian government permission didnnot allow to start a building ZOTTO immediately. There were about 35 local institutions which had to agree that a tower was to be erected at the selected spot. Only then, planning by German engineers and construction-ground investigations by a Russian company could start in 2004.

Having reached all necessary permits within one year the construction of ZOTTO could in fact start in autumn 2005. 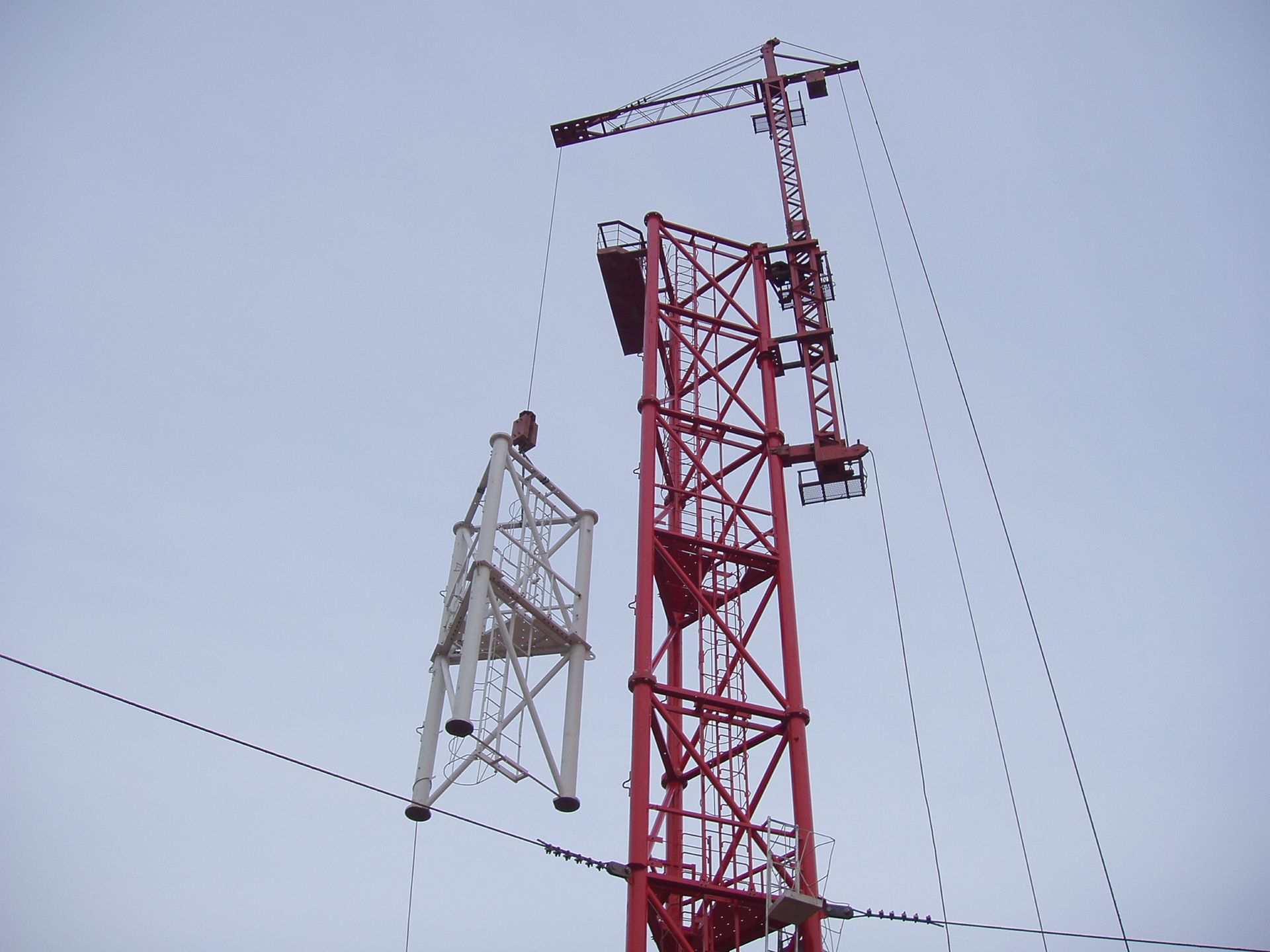 Major problems were encountered during the hammering of concrete poles into the sand-based construction ground, while the steel construction was uplifted without any problem.
Other things that had to be done in this year:
– Container moving, place in bunker, connecting things
– Set up air conditioning, ELT, UPS
– Commissioning of generators (NTC)
– Diesel connection for generators
– Setting up the measuring containers
– Installation and commissioning of measuring equipment
– Temporary installation of air intake lines (tower height 54m) 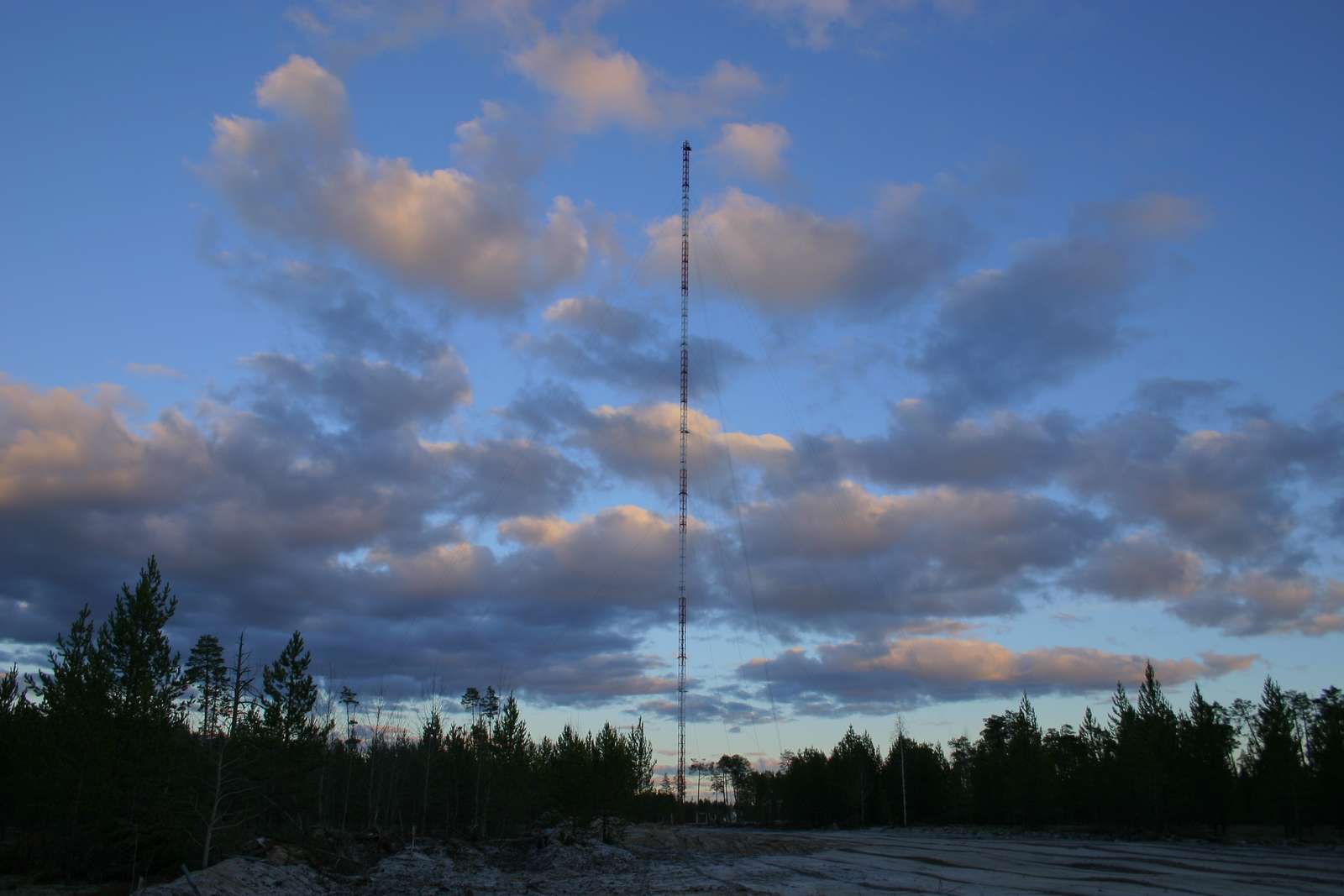 After one year of construction the ZOTTO tall tower was finished in September 2006.

The first work was the trial installation of air intakes on the tower and the maintenance measuring system.
The first arrival of calibration gases, which were send from germany, took place and some problems with snowmelt arised in the bunker.

In September 2006 the team at ZOTTO was accompanied by moviemakers from Munich, who filmed for the news of ARD and ZDF.
The MPI technicians Karl Kübler, Steffen Schmidt and Michael Hielscher mastered the „First ascent“ up to 304m height.
They prepared the mounting of the meteorology sensors by attaching booms and installing power supply boxes.
The russian Co-workers assembled outriggers and boxes.

People from the IfT in Leipzig set up aerosol measurement installations.

Other important things to do az ZOTTO had been:
– installing air inlets for the tall tower
– dismantling of assembly jib
– building a system for filling working tanks
– the maintenance of the diesel line (settlement through concrete sump)

At the end of the trip the inauguration of the ZOTTO tower was celebrated with the construction company, with people from IoF, BGC MPIC and IfT and of course helpers from Zotino, without whom the whole project would not be possible.

In 2007 ZOTTO got the ELT acceptance of the station by the engineering office.
In this year we did the iesel maintenance, the grounding of generator container and the dismantling of the tall tower (TT) measuring system and packed it for transport back to Jena.
We had to do modification of the UPS due to the container removal and the removal of 2 other containers.
In this late summer the meteorology of the Zotto tall tower was completed (windbreak for temperature, pressure sensors).

In 2008 Lutz Wetzel technician from the extern motor company Fire „MC Fire“ helped maintaining and repairing the engine together with Karl Kübler.
Maintenance of meteorology of the ZOTTO tower is always an important task of the trips to Siberia. 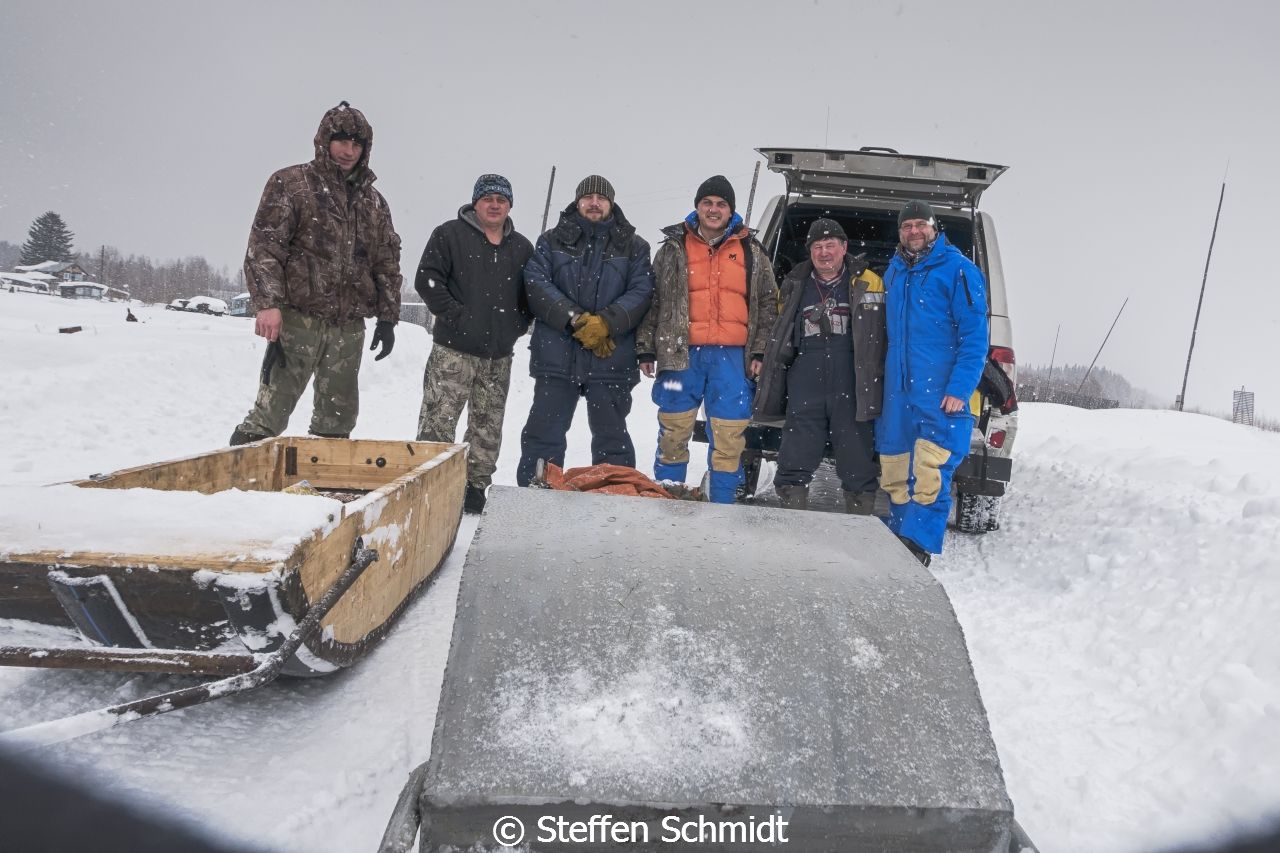 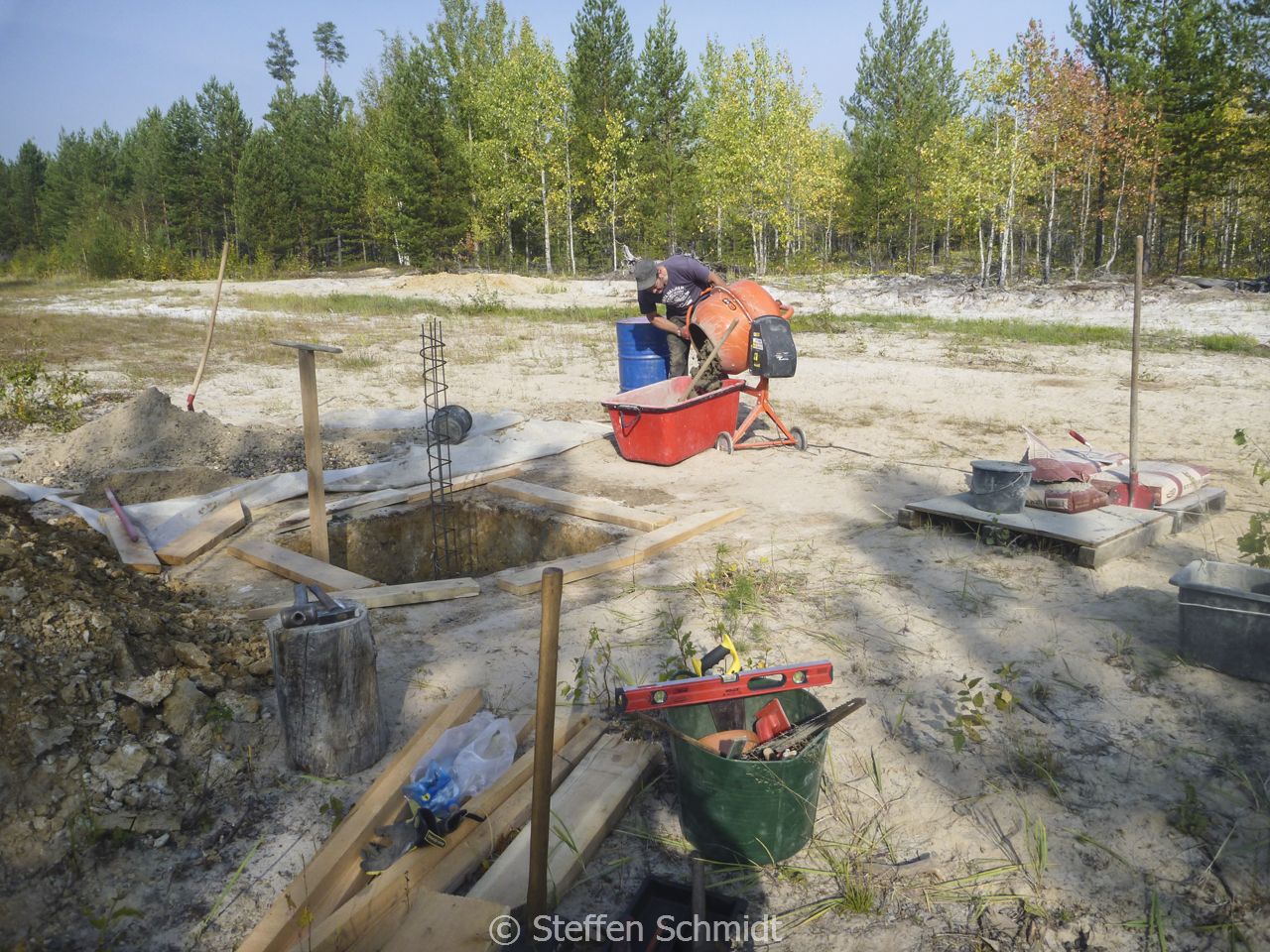 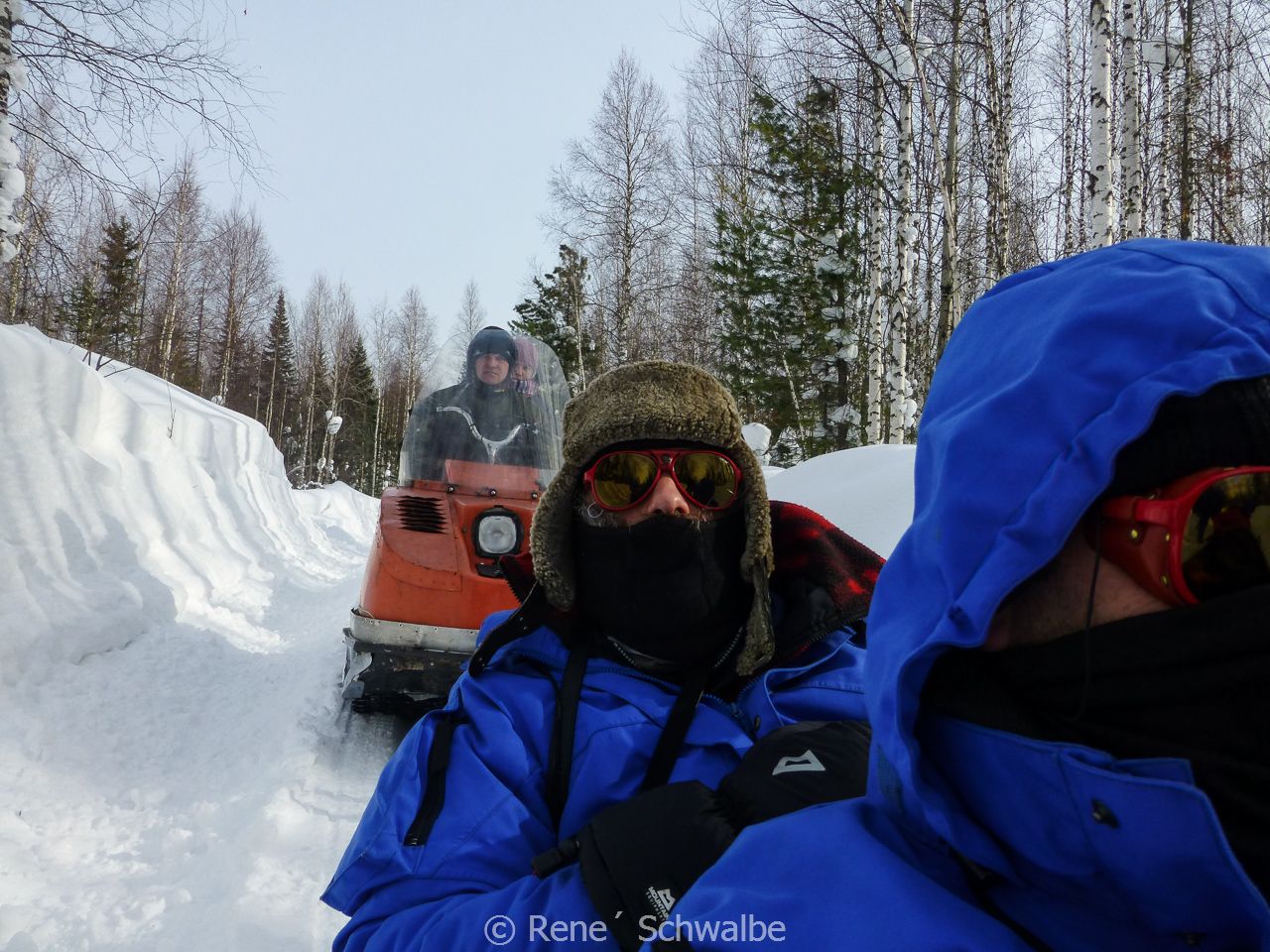 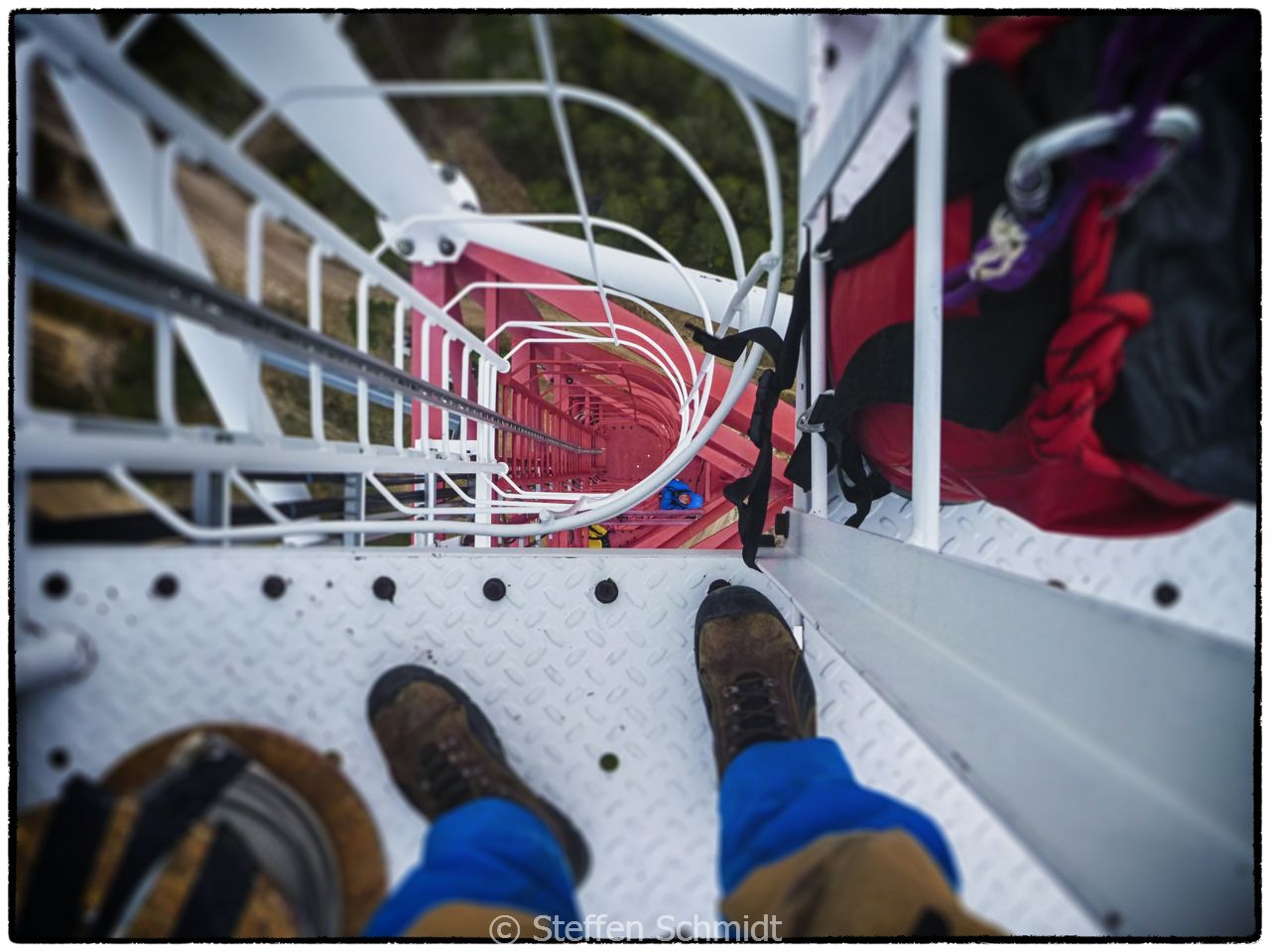 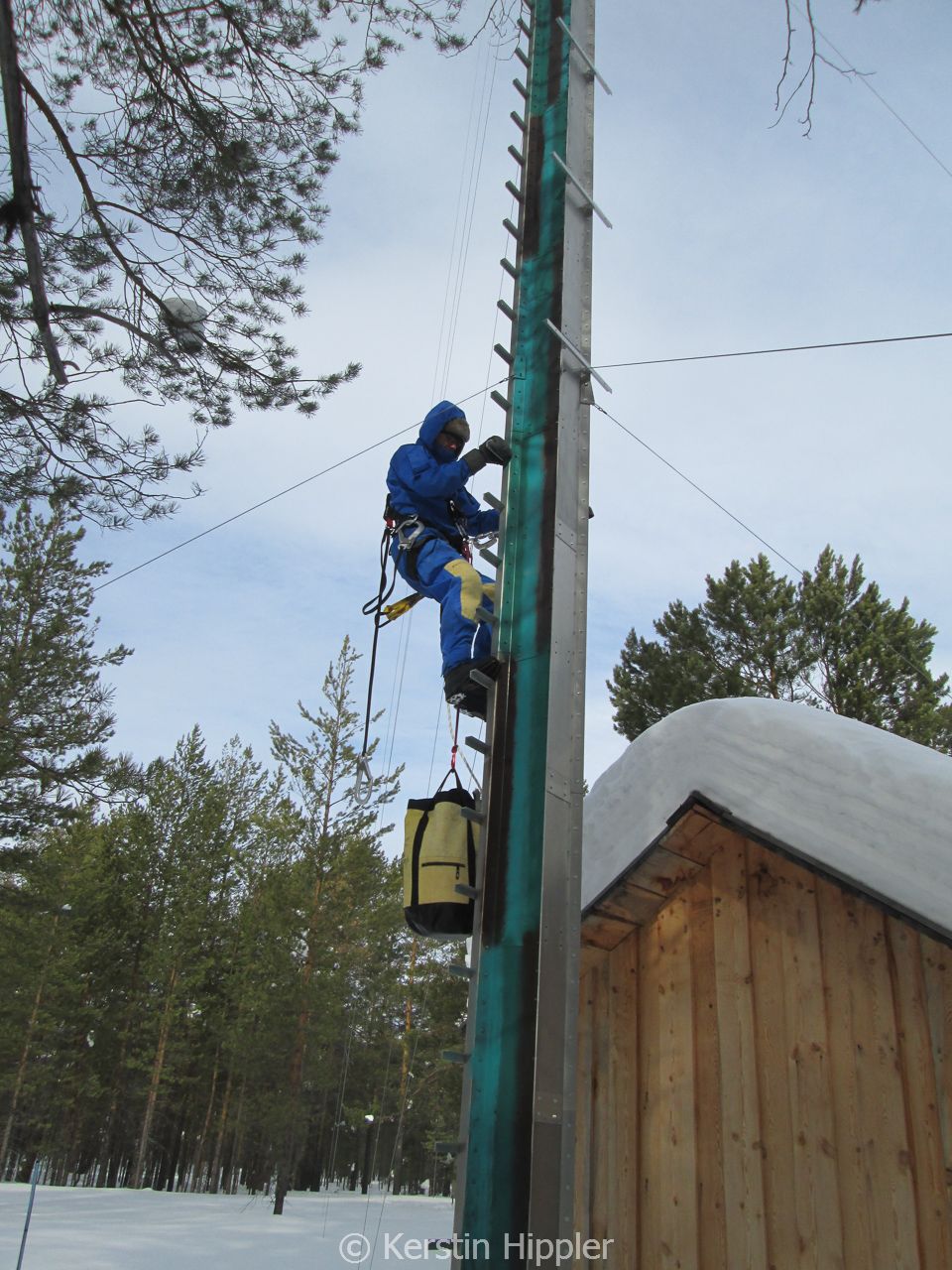 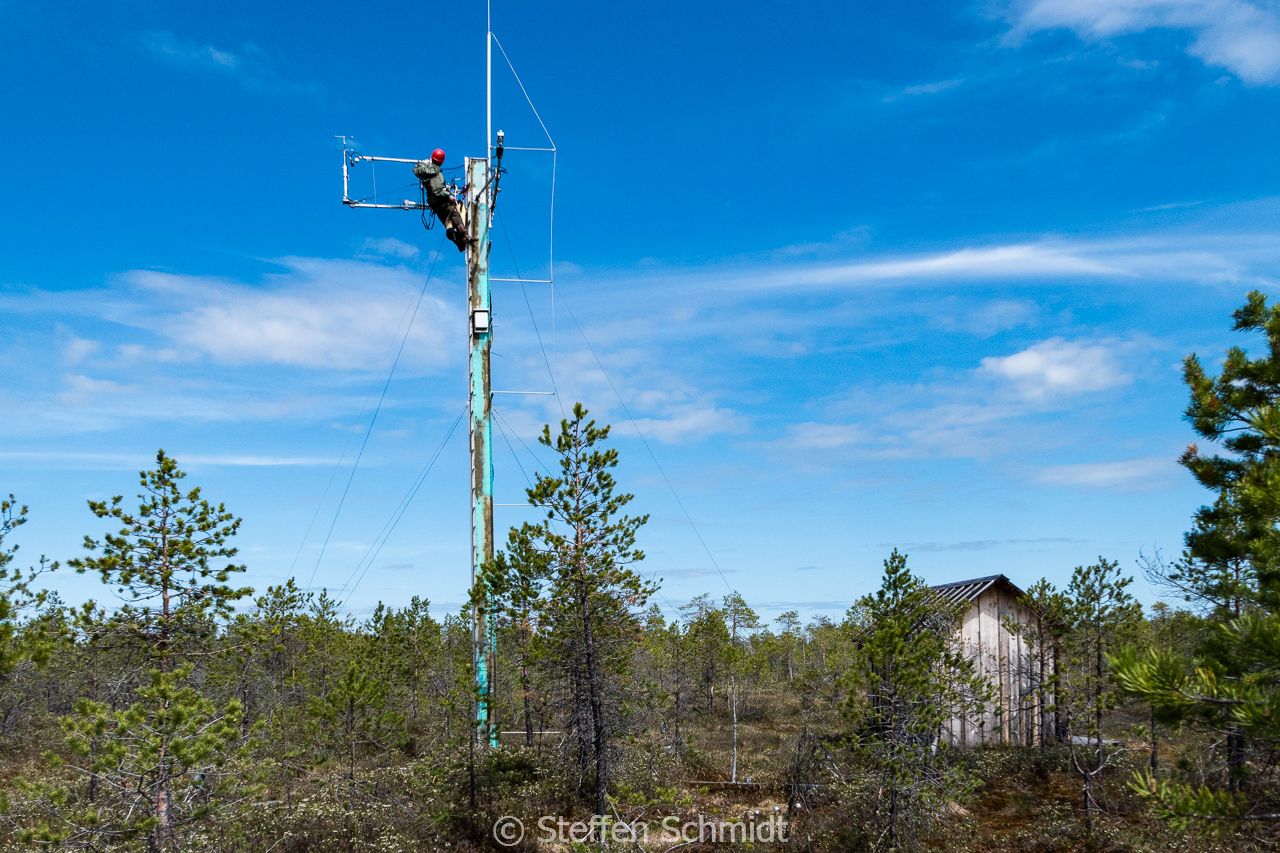 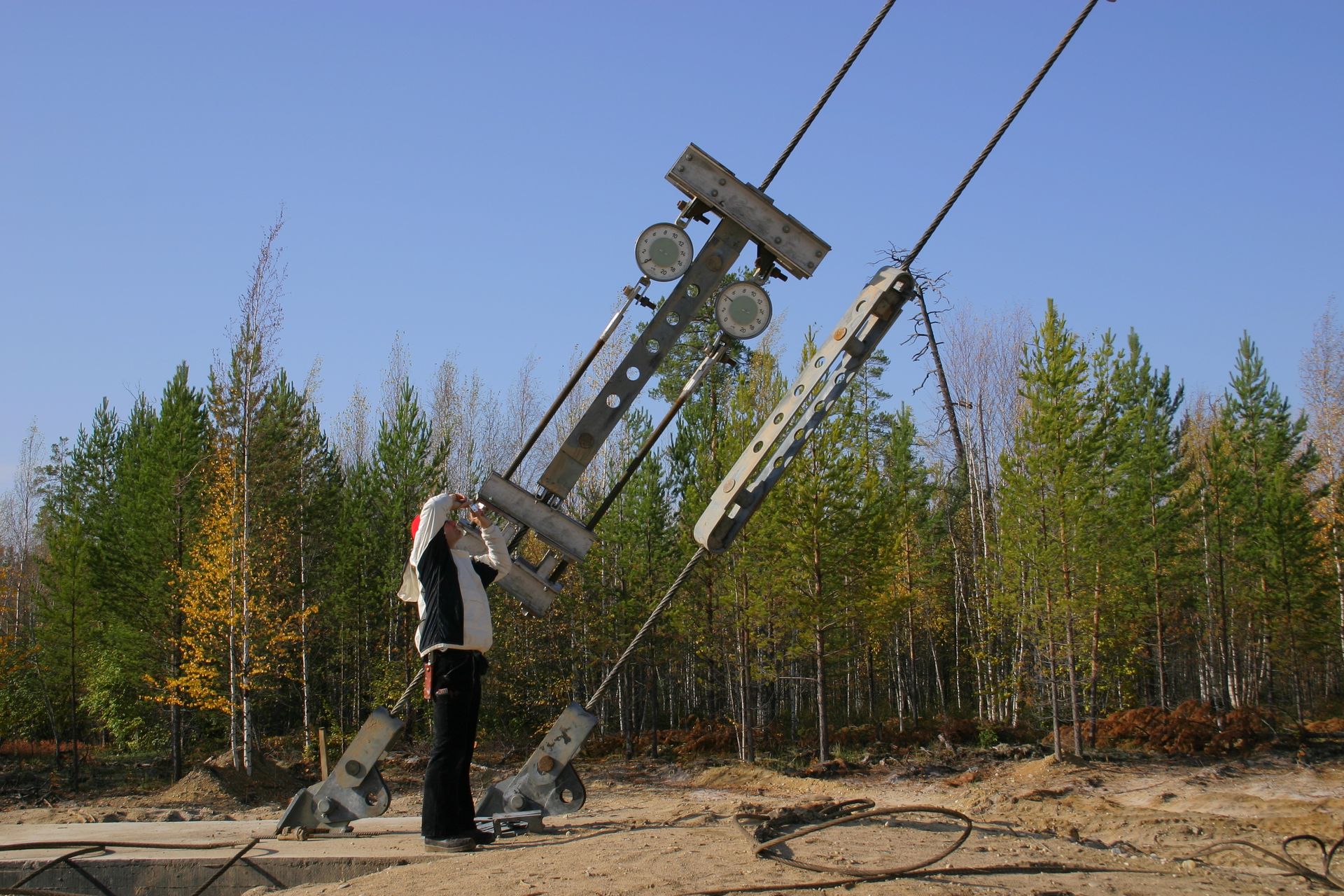 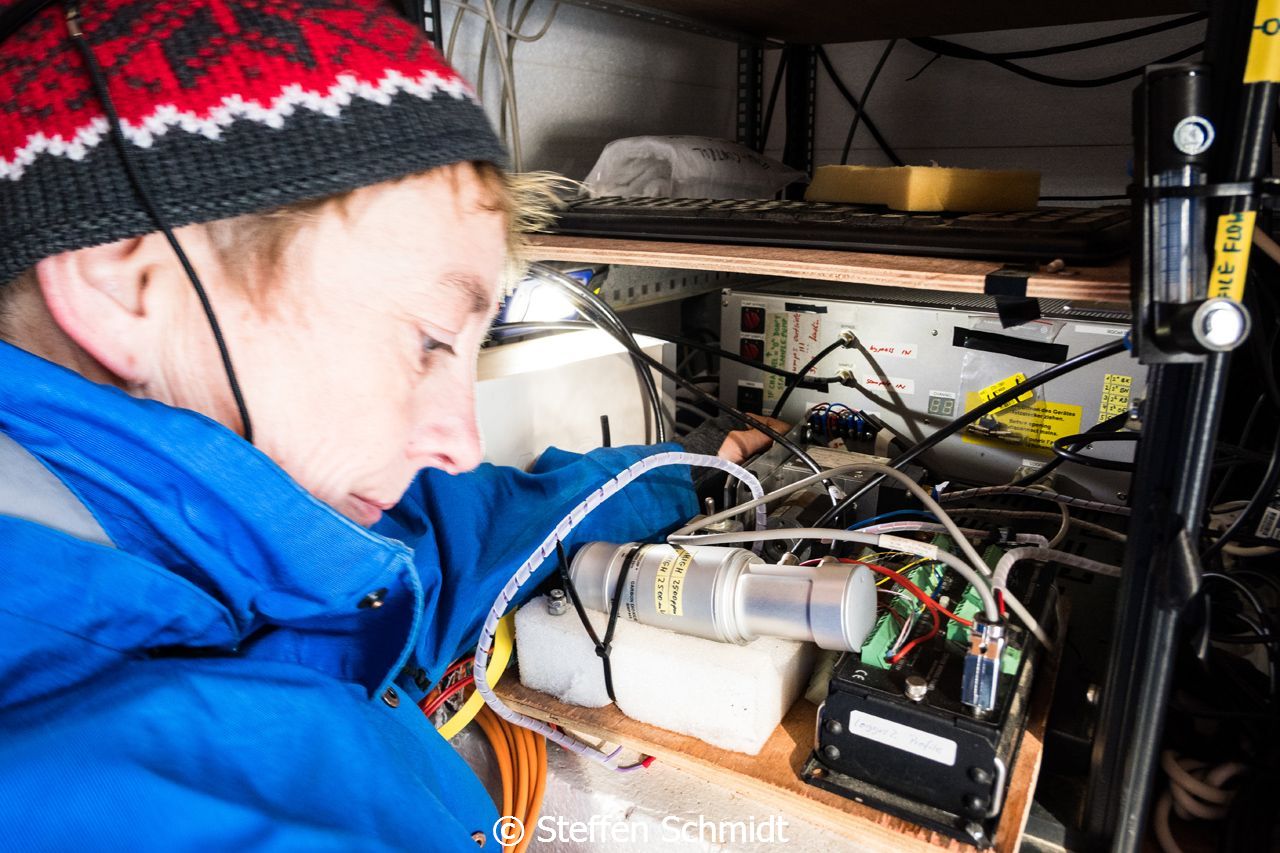 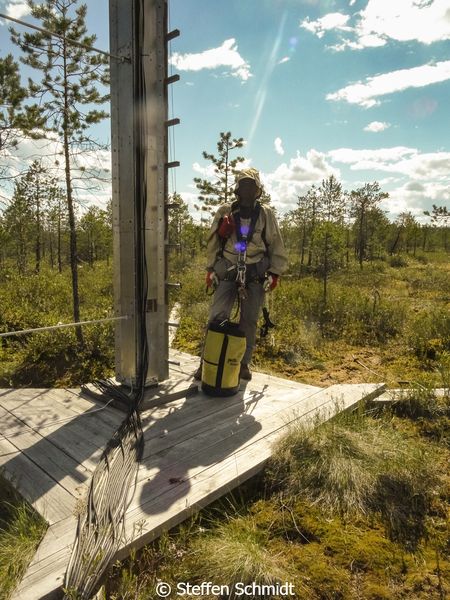 – Clear cutting of the visual axes of the measuring field in order to do the
2nd control measurement of stability: measurement of position and
measurement of height
Engine maintenance
Tarek helping at ZOTTO and east of the river to the Eddy station
304m: Installation of new safety rope 200-300m
304m: Measuring the rope tension
EDDY maintenance

Due to the corona epidemic, all journeys from germany were cancelled, but the russian colleagues have been very helpful in this difficult time. They sent flasks with airprobes to the labs and did the maintenance of the station